On Friday, the 13th of October 2017, at Movieland Park - Canevaworld Resort (Verona), the Parksmania Awards 2017 have been delivered. It was the 16th edition of the illustrious award, that every year the online magazine Parksmania.it delivers to European and Italian amusement parks which distinguished themselves during the season with specific initiative in the amusement sector.

This award is internationally recognised as one of the most important event of the sector and every year it registered the participation of the best European and Italian parks representatives and leader companies operating in the amusement sector. The award ceremony on Friday, the 13th of October – open free also to spectators – has been enhanced by the performances of the artistic casts of some important Italian amusement parks. 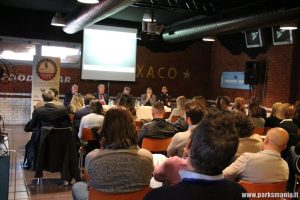 The event was at 6.30 pm, and it was preceded on Thursday the 12th and during the day of Friday, the 13th by reserved events for Italian parks managers with Round Tables. An interesting appointment for more than 150 people operating in the sector, where they had the possibility to meet, exchange views and discuss about the issues of the always more difficult amusement structures management.

More than 45 amusement parks took part to the last edition of Parksmania Awards, which has been the most successful in terms of participation during the two days in program. Also for the edition 2017 there were requirements for an event of great acclaim, which ended on Saturday, the 14th October – when Movieland Park was open to public – with the visit for participants to the park that was in Halloween version. 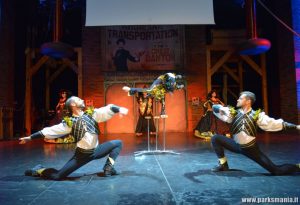 As always the event has been sustained by leader companies of the amusement sector.

European Park of the Year 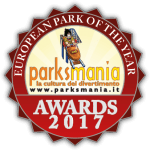 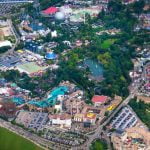 Year after year Europa Park continues its unstoppable growth, thanks to the important investments for spectacular attractions, immersive themed areas and new services to the guests, all that reinforces its leadership position on the market.

Symbolica and the Palace of Fantasy show the high quality and the accurate attention to details which have been distinguished all the attractions of the Dutch Park for years: protagonist is an one-of-a-kind dark ride, full of magic and dreamy settings. 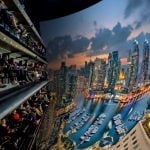 Futuroscope celebrates its 30 years of Park history with an extraordinary journey: an incredible “flying” tour around the world, full of surprises and special effects, which will involve all the guests/explorers. 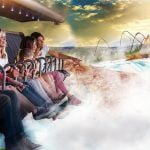 Immersed in a new themed area, full of details and innumerable and different settings which can be discovered during the queue line, Voletarium carries the whole family into a thrilling and involving flying experience on the skies of Europe. 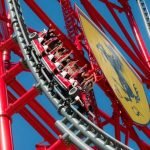 From its 112 meters high, Red Force dominates the European rollercoaster market with a high adrenaline rate, offering to guests seeking strong emotions an unforgettable experience, with a speed of more than 180km/h and breathless accelerations. 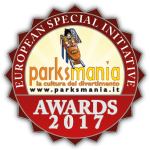 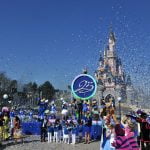 Disneyland Paris celebrates its 25th anniversary in the best way, offering to its guests new amazing shows, adrenaline attractions set in the world of Star Wars and many renewed experiences, which will fascinate and involve the Disney dreamers of all ages.